At the end of February, Carlos Trincão and the city of Tomar presented the latest publication of the author Tomar e os Templarios (Tomar and the Knights Templar).

Carlos Trincão, a teacher in the Portuguese city of Tomar, the capital of the Knights Templar, expert in the subject and external consultant to the city council for this purpose, has written a small colorful book of 32 pages for children.

This essay will be completed next October with a book for adults on the subject “The fundamentals for Tomar and the Knights Templar”.

The presentation of the book took place on February 29th, the eve of the municipal day of Tomar, which celebrates the beginning of the construction of the Templars’ castle and the foundation of the medieval city. The event was part of the official celebrations program of “Diais de Thomar”.

The ceremony took place in the Cultural Center, under the chairmanship of the Mayor of Tomar, Mrs. Anabela Freitas, who is also vice-president of Route of the Templars.

The book will be distributed to schools and English and French editions will soon be available for free download. 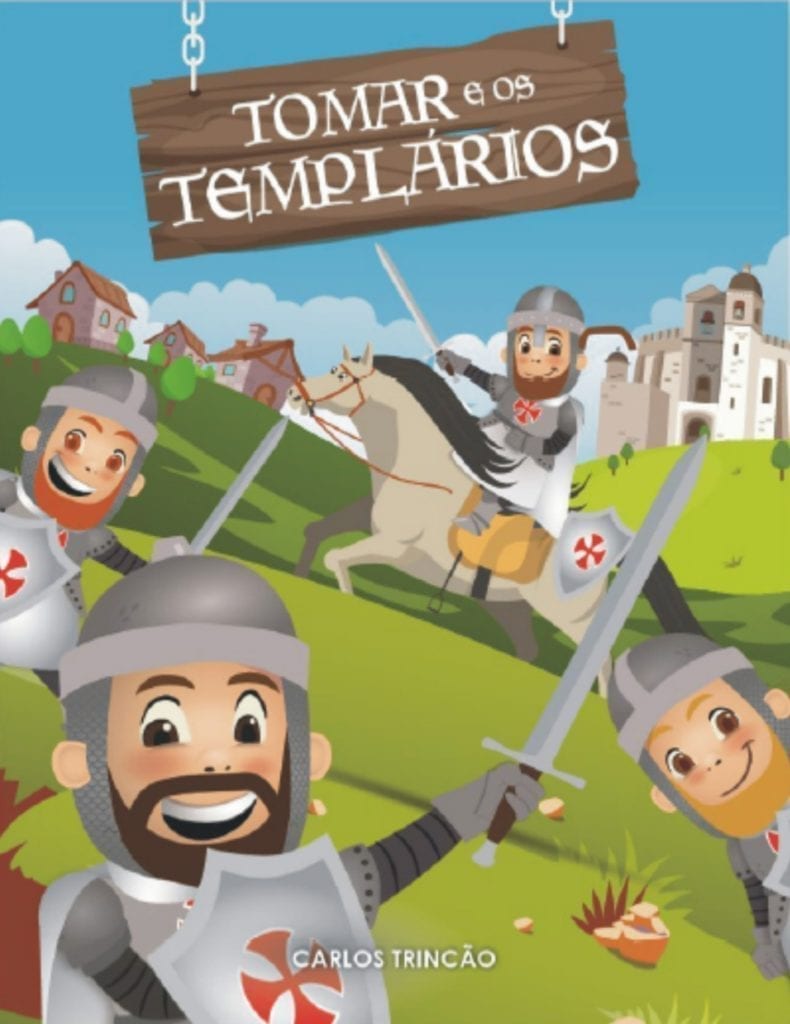 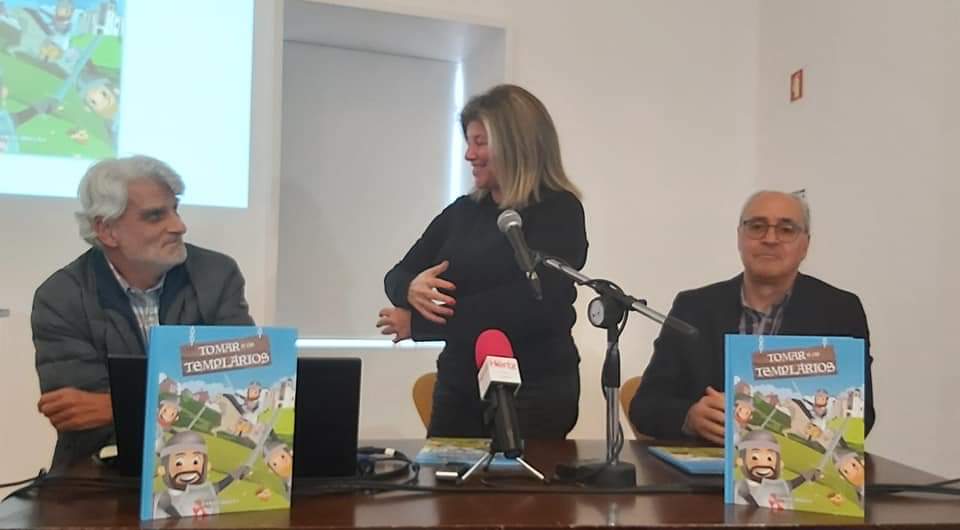 Launch of the book Tomar e os Templarios with Ms. Anabela Freitas, mayor of Tomar in the center, Mr. Carlos Trincão, the author on the left, and Mr. Paulo Pacedo, director of the Agrupamento Templarios school group.

The book covers the main aspects of the links between Tomar and the Knights Templar in a very simple language, namely :